You may be expecting a site based on the popular recently movie Ted and/or its sequel, but if you are you will be mighty disappointed.

You will not find a foul mouthed, cute teddy here, instead you will find an oversized teddy bear with a very odd occupation, but we’ll get to that.

Ted Bingo claims itself as the best new bingo site of 2016, which is impossible as it was only released halfway through the year and there doesn’t appear to have been any actual award given by anybody.

Confidence is lovely, and important when you’re entering a highly competitive market, but there’s a fine line between confidence and arrogance, and Ted Bingo has undoubtedly stumbled across it.

But whether or not it is the best new bingo site of this year is not as important as whether or not this site is actually good enough to be competitive, and whether it is a site that players looking for a new place to go should try. So, what does Ted Bingo offer in terms of content?

Firstly, let’s deal with ted, the loveable teddy bear mascot of Ted Bingo. Now, teddy bear mascots, as long as they are not based on the Ted films, which we have established this one isn’t, would normally be cute, cuddly, focused on all things one would expect from the average teddy bear.

But Ted is not the average teddy bear. Ted is, in fact, believe it or not, a spy. Genuinely, this is the theme decided on here, Ted is a bear who works as a spy, while still seemingly finding the time to also moonlight as a bingo mascot.

You’ll see Ted drinking a martini, wearing, sunglasses and a headset, driving a sports car, ted is a regular James Bond of a bear, but why?

There is no apparent reason why the mascot of this site is a bear who is in the employment of the secret service, making the entire thing just look a bit weird to be honest.

Maybe the correct conclusion to draw is that the design theme here is likely to appeal to a specific kind of person. I am not, in all honesty, entirely sure of who that person is, but I assume there are a few of them around. For everybody else, this theme will just look nonsensical, and certainly not like the packaging necessary for the best new bingo site of 2016.

Titles here come from a variety of software providers, 888, Eyecon, IGT Interactive, NetEnt, OpenBet, PariPlay, SG Gaming, SkillOnNet, and Williams Interactive, so you can rest assured that you won’t be short of options in terms of things to play.

You’ll find 75 and 90 ball bingo here, available for a range of prices and with a variety of prize amounts, although jackpots here are often listed as ‘up to’, dropping to a set minimum as more balls are drawn.

With an impressive VIP Club also available with prizes on offer as you move your way up, there is certainly a lot to love when it comes to gameplay choices here.

It is weird that the design here is so flawed, yet the gaming options are so impressive, but that’s what we are facing with Ted Bingo.

If you can look past super spy Ted, then this site may not be the best of 2016, but it is certainly very good. 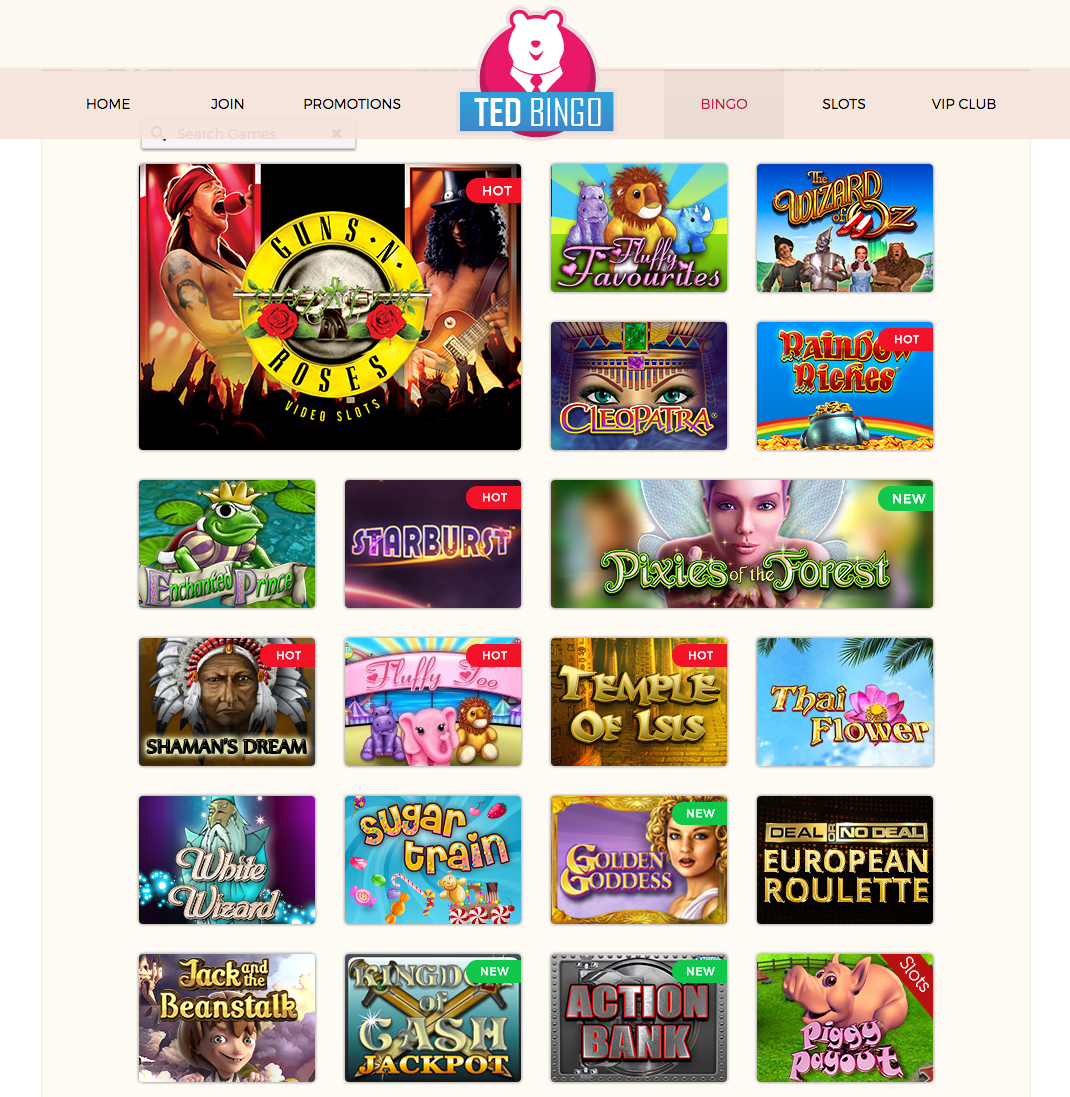